Description: Minneapolis, Minnesota domestic terrorist criminal defense lawyer represented Defendant, Michael Hari, age 49, who was charged with Intentionally Defacing, Damaging, and Destroying any Religious Real Property Because of the Religious Character of that Property; Intentionally Obstructing, and Attempting to Obstruct, by Force and the Threat of Force, the Free Exercise of Religious Beliefs; Conspiracy to Commit Federal Felonies by Means of Fire and Explosives; Carrying and Using a Destructive Device During and in Relation to Crimes of Violence; and Possession of an Unregistered Destructive Device. 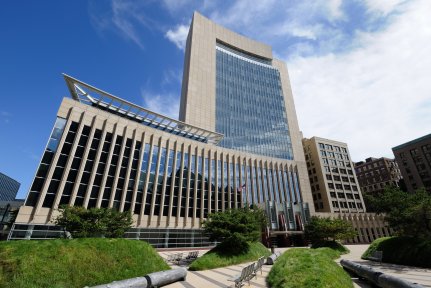 “Michael Hari’s goal in bombing the Dar al-Farooq Islamic Center was to spread hatred, instill fear, and threaten the constitutionally protected right to freedom of religion. This act of violence, driven by hatred and ignorance, shook our community,” said United States Attorney Erica H. MacDonald. “Today’s guilty verdicts represent a condemnation of that hatred and uphold our fundamental right to live and worship free from the threat of violence and discrimination. I am sincerely grateful to the Assistant U.S. Attorneys and the FBI Special Agents who, over several years, have remained steadfast in their pursuit of justice. I also want to extend my deepest gratitude to the members of DAF who, despite their fears, showed strength and resiliency by testifying at trial. I hope today’s verdict offers a sense of peace as the community moves forward.”

“I commend the outstanding efforts of the trial team from the United States Attorney’s Office and the FBI, which tried this case with support from the Civil Rights Division. The jury’s verdict confirms the fundamental principle that every person in this country has the right to exercise religion free from violence and fear,” said Assistant Attorney General Eric Dreiband for the Civil Rights Division. “We are grateful for our law enforcement partners on this case and are pleased to see justice being carried out.”

"Extremist violence such as this – fueled by exclusive, insular hatred and intended to intimidate Minnesotans based simply on their faith – will not be tolerated by the FBI and our regional law enforcement partners,” said Michael Paul, special agent in charge of the FBI's Minneapolis field office. “Today's verdict is a strong warning to criminal extremists conspiring and calculating to target innocent Americans because of their personal beliefs. Our ranks are universally steadfast in our commitment to the FBI’s core mission – to protect our communities and to protect the rights of all Americans.”

As proven at trial, during the summer of 2017, HARI established a terrorist militia group called “The White Rabbits” in Clarence, Illinois. HARI recruited co-defendants Michael McWhorter and Joe Morris to join the militia, which he outfitted with paramilitary equipment and assault rifles. On August 4 and 5, 2017, HARI, McWhorter, and Morris drove in a rented pickup truck from Illinois to Bloomington, Minnesota, to bomb the DAF Islamic Center. HARI targeted DAF to terrorize Muslims into believing they are not welcome in the United States and should leave the country.

As proven at trial, HARI, McWhorter, and Morris arrived at DAF on August 5, 2017, at approximately 5:00 a.m. At HARI’s direction, Morris used a sledgehammer to break the window of the Imam’s office at DAF, and he threw a plastic container with a mixture of diesel fuel and gasoline into the office. Also at HARI’s direction, McWhorter then lit the fuse on a 20-pound black powder pipe bomb and threw it through the broken window. McWhorter and Morris ran back to the truck, where HARI was waiting in the driver’s seat. The three men sped away from the building and drove back to Illinois. When the pipe bomb exploded, the blast caused extensive damage to the Imam’s office. It also ignited the gasoline and diesel mixture, causing extensive fire and smoke damage. At the time of the bombing, several worshipers were gathered in the mosque for morning prayers.

On January 24, 2019, McWhorter and Morris pleaded guilty to their roles in the bombing.

This case is the result of an investigation conducted by the Federal Bureau of Investigation.

Intentionally Defacing, Damaging, and Destroying any Religious Real Property Because of the Religious Character of that Property, 1 count
Intentionally Obstructing, and Attempting to Obstruct, by Force and the Threat of Force, the Free Exercise of Religious Beliefs, 1 count
Conspiracy to Commit Federal Felonies by Means of Fire and Explosives, 1 count
Carrying and Using a Destructive Device During and in Relation to Crimes of Violence, 1 count
Possession of an Unregistered Destructive Device, 1 count

Outcome: 12/09/2020 322 REDACTED Version of previously filed TRANSCRIPT 314 Trial testimony of Joe Morris held on 11/30/2020 before Judge Donovan W. Frank as to Michael Hari. (117 pages). Court Reporter: Lynne Krenz. For a copy of the transcript, please file a Transcript Request under Other Filings/Other Documents.