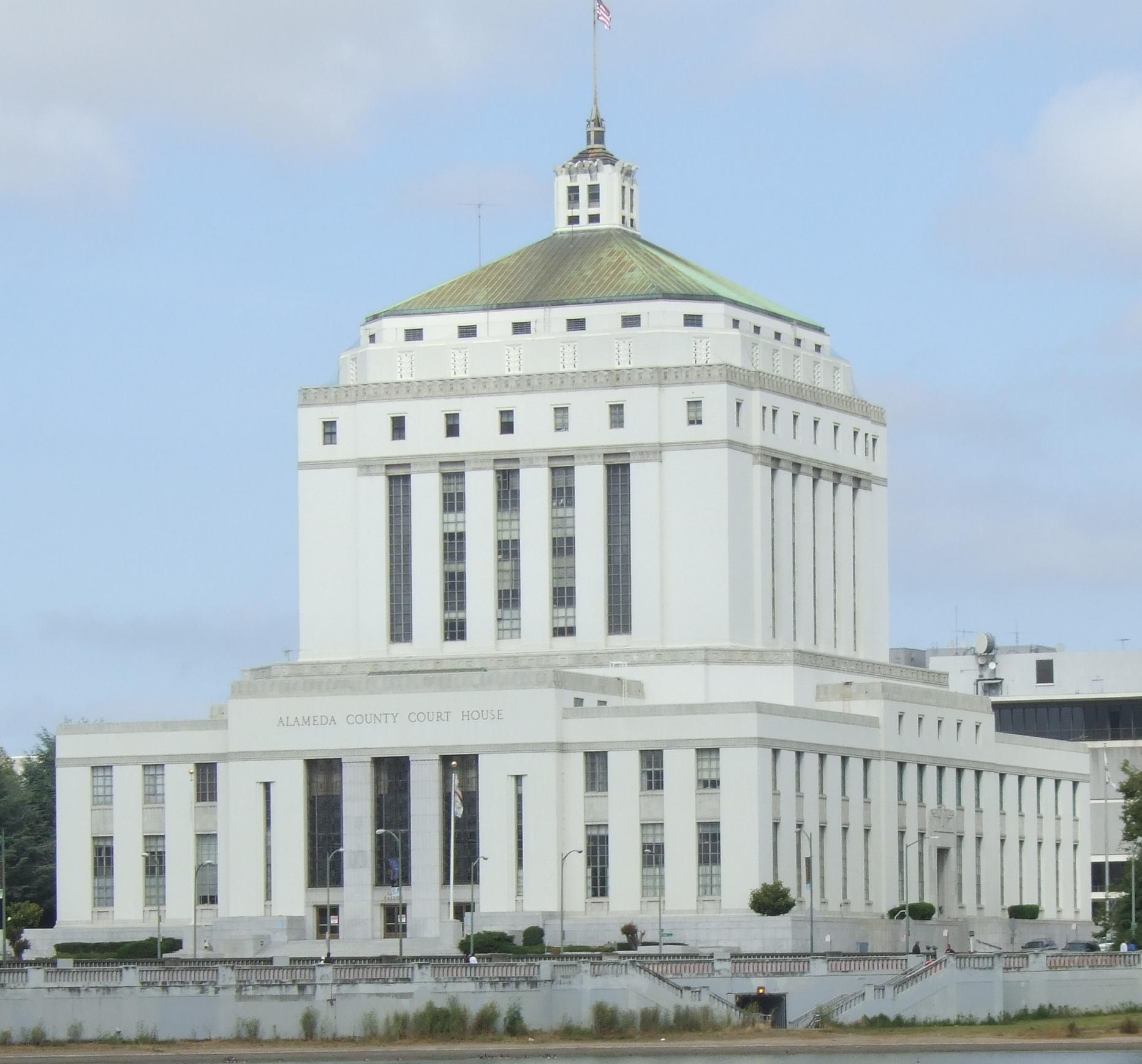 Description: Plaintiffs husband and wife sued for asbestos-related injury against numerous
defendants, including defendant Familian Corporation. Familian moved for summary
judgment on the basis that plaintiffs could not show exposure to asbestos in a Familianrelated
product. Plaintiffsĺ opposition included a declaration from a third party witness
who had not been deposed, who testified in detail to such exposure. The trial court then
continued the motion, allowed the witness to be deposed, and Familian then used portions
of the deposition in support of its reply. The trial court thereafter concluded that the
deposition testimony ôconclusively negatesö the witnessĺs declaration testimony as to
exposure; refused to consider it under the principle set forth in DĺAmico v. Board of
Medical Examiners (1974) 11 Cal.3d 1 (DĺAmico); and granted summary judgment. We
conclude the trial court erred, and we reverse.
BACKGROUND
The Complaint and the Discovery
Plaintiffs Keith Turley (Turley) and his wife Joy Ann Turley (when referred to
collectively, plaintiffs or the Turleys) filed a complaint on March 13, 2015 against some
50 defendants. The complaint alleged six causes of action, on the fundamental basis that
Turley has asbestos-related disease caused by exposure to asbestos-containing products,
2
including valve gaskets, during his 36-year employment at Pacific Gas and Electric
Company (PG&E).
Familian was not named in the original complaint, but was served as a Doe
defendant, and on July 15, 2015 filed its answer.
Both plaintiffs and Familian accuse the other of various sharp discovery practices.1
We will not wade in on this, as we do not deem it germane to the issue before us, which
is whether the summary judgment was proper.
As to the discovery that did occur pertinent to the issue here, it began with
Familian serving ô Ĺstate all factsĺ ö interrogatories on plaintiffs. Plaintiffsĺ response
stated that Turley was exposed to asbestos-containing pipe products supplied by
Familian, including ôasbestos cement transite pipe, pipe collars, gaskets, elbows, piperepair
products and other asbestos products.ö
As to the locations where Familian supplied such products, plaintiffs identified the
Kettleman City compressor plant in Avenal, pipelines in Burney, and pipelines in
Bakersfield. Their response did not identify the Willows district compressor station.
As to the documents supporting their position, the Turleys referred to depositions
and other documents, some 11,000 pages in all, including the following: (1) Turleyĺs
medical records; (2) eight depositions, of Turley, Mrs. Turley, Keith Appleton, Glen
Moon, Gary Mason, Paul Scott, Gail Reed, and Harvey Suddy; (3) unidentified business
records; (4) Familianĺs responses to general order standard interrogatories; (5) a list of
depositions by Familianĺs former and/or present corporate witnesses in other cases

1 Familianĺs respondentĺs brief asserts that plaintiffs ôshould not be allowed to
profit from their wrongdoing,ö as the ôrecord in this case demonstrates a remarkable
pattern of discovery obstruction byö plaintiffs. Plaintiffs take issue with Familianĺs
description, accusing Familian of ômisrepresent[ing]ö a trial court order, and also of
improperly relying on the claimed discovery-related issues, asserting that ôthe constant
refrain running through all of the arguments asserted by Familian is that summary
judgment was properly granted because plaintiffsĺ counsel failed to cooperate in
Familianĺs efforts to obtain Paul Scottĺs deposition.ö
3
involving Familian; (6) contents of Familianĺs job files, invoices, supply logs, transfer
transactions and sales receipts; and (7) a list of various medical and scientific articles.
Asked to identify witnesses with knowledge of Turleyĺs claimed exposure to
products ô Ĺmanufactured/suppliedĺ ö by Familian, plaintiffs named eight people:
themselves, Mason, Appleton, Moon, Suddy, Reed, and Scott.2
At a case management conference in November, 2015, the case was set for trial for
September 6, 2016.
Against that background, Familian filed the motion leading to the appeal here.
The Motion for Summary Judgment
On June 24, 2016, Familian filed a motion for summary judgment or, in the
alternative, summary adjudication. It was set for hearing on August 26, and thus
plaintiffsĺ opposition was due on August 12. The essential argument as to all causes of
action was that plaintiffs could not establish that Turley was exposed to asbestos from
any Familian-related product or that Familian caused his alleged asbestos-related disease.
As Familian itself describes it: ôIn its motion, Familian used deposition testimony to
establish that [plaintiffs] have no evidence that Turley was exposed to asbestos in a
product manufactured, supplied, sold, or distributed by Familian. Familian also used
[plaintiffsĺ] factually devoid discovery responses to establish that [plaintiffs] cannot
support their allegations of exposure and cannot obtain such information.ö
To put it otherwise, Familianĺs motion was not based on affirmative evidence. For
example, there was no declaration from any Familian representative or person most
knowledgeable testifying that Familian did not sell asbestos-containing gaskets. And no
testimony that even if it did, it never sold any such materials to PG&E during the time
that Turley worked there, or it did not supply such materials to the district where Turley
worked. As the Turleys describe it, ôall that Familian did was submit plaintiffsĺ
discovery responses and snippets from the depositions of only some, but not all, of the

2 Plaintiffsĺ discovery responses represented that all witnesses were represented by
their counsel of record (Keller, Fishback & Jackson) and could be contacted only through
counsel.
4
witnesses identified in plaintiffsĺ discovery responses. In fact, although the plaintiffsĺ
interrogatory responses identified defendantsĺ own persons most qualified and corporate
representatives, no deposition transcripts of those identified witnesses were attached to
the motion to show that Familian did not supply those materials.ö
A week after it filed its motion, Familian moved to vacate or continue the
September 6 trial date, based on the claim that plaintiffs had obstructed Familianĺs effort
to take the deposition of Scott. The motion was heard on July 29, at which the court
ordered the parties to meet and confer and to produce Scott for deposition by August 19.3

This, of course, was after the August 12 due date of plaintiffsĺ opposition to the motion.
Plaintiffs filed their opposition on August 12, which among other things included
copies of their supplemental responses to interrogatories. Most pertinent to the issue
here, plaintiffsĺ opposition included the declaration of Scott, in which he testified in
pertinent part that he was an apprentice mechanic and warehouseman who worked with
Turley for some six years, from 1981ľ1987; that he was the person responsible for
ordering and distributing materials in the Willows district; and that on ômany occasionsö
the replacement gaskets that Turley was exposed to while working in the Willows district
for PG&E in the 1980ĺs were asbestos-containingŚand supplied by Familian. Scott also
testified he personally observed Turley replacing asbestos-containing gaskets in valves at
PG&Eĺs compressor stations, and on ômany occasionsö personally observed Turley in the
immediate vicinity of other mechanics replacing asbestos-containing valves at those
stations.
Following the trial courtĺs order, Scott was in fact deposed for two days, on
August 16 and 17. There, Familian would come to contend, Scott ôcontradicted many of

5
In light of our conclusion, we need not reach plaintiffsĺ argument that the
DĺAmico rule applies only as to the testimony of a party not, as here, a third party
witness. (Compare Scalf, supra, 128 Cal.App.4th at pp. 1521ľ1523 [ô[p]roperly applied,
DĺAmico is limited to instances where Ĺcredible [discovery] admissions . . . [are]
contradicted only by self-serving declarations of a party.ö]; and Preach v. Monter
Rainbow (1993) 12 Cal.App.4th 1441.)

Outcome: The summary judgment is reversed. Plaintiffs shall recover their costs on appeal.