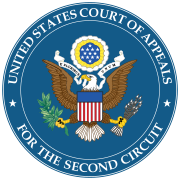 
Outcome: For the foregoing reasons, we hereby REVERSE the judgment of the
district court and REMAND for entry of judgment in favor of Ennio Morricone
Music, Inc.