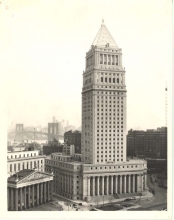 Defendant pled guilty to conspiring to commit securities and wire fraud in connection with a scheme to induce victims to invest more than $25 million dollars’ worth of digital funds in Centra Tech, Inc. (“Centra Tech”), a Miami-based company he co-founded and that purported to offer cryptocurrency-related financial products. FARKAS and his co-conspirators used material misrepresentations and omissions to solicit investors to purchase securities, in the form of digital tokens issued by Centra Tech, through an initial coin offering (“ICO”) beginning in approximately July 2017.

Mr. Stewart said: “Farkas and his co-conspirators duped ICO investors into investing digital currency worth millions of dollars based on fictitious claims about their company, including misrepresentations relating to its purported digital technologies and its relationships with legitimate businesses in the financial services sector. Whether in the context of traditional equity IPOs or newer cryptocurrency-related ICOs, raising capital through lies and deceit is a crime.”

According to the Superseding Information, and other filings and statements at public court proceedings in the case:

In or about July 2017, FARKAS, along with co-defendants Sohrab Sharma and Raymond Trapani, founded a company called Centra Tech that claimed to offer cryptocurrency-related financial products, including a purported debit card, the “Centra Card,” that supposedly allowed users to make purchases using cryptocurrency at establishments accepting Visa or Mastercard payment cards. From approximately July 30, 2017, through October 5, 2017, FARKAS and his co-defendants solicited investors to purchase unregistered securities, in the form of digital tokens issued by Centra Tech (“Centra tokens” or “CTR tokens”), through a so-called “initial coin offering” or “ICO.” As part of this effort, FARKAS and his co-defendants represented, in oral and written offering materials that were disseminated via the internet: (a) that Centra Tech had an experienced executive team with impressive credentials, including a purported CEO named “Michael Edwards” with more than 20 years of banking industry experience and a master’s degree in business administration from Harvard University; (b) that Centra Tech had formed partnerships with Bancorp, Visa, and Mastercard to issue Centra Cards licensed by Visa or Mastercard; and (c) that Centra Tech had money transmitter and other licenses in 38 states, among other claims. Based in part on these claims, victims provided millions of dollars’ worth of digital funds in investments for the purchase of Centra Tech tokens. In or about October 2017, at the end of Centra Tech’s ICO, those digital funds raised from victims were worth more than $25 million. At certain times in 2018, as the defendants’ fraud scheme was ongoing, those funds were worth more than $60 million.

The claims that FARKAS and his co-conspirators made to help secure these investments, however, were false. In fact, the purported CEO “Michael Edwards” and another supposed member of Centra Tech’s executive team were fictional people who were fabricated to dupe investors; Centra Tech had no such partnerships with Bancorp, Visa, or Mastercard; and Centra Tech did not have such licenses in a number of those states.

On or about May 2018 and October 2018, this Office and the Federal Bureau of Investigation (“FBI”) seized, pursuant to judicially authorized seizure warrants, 100,000 Ether units, consisting of digital funds raised from victims who purchased digital tokens issued by Centra Tech during its ICO based on fraudulent misrepresentations and omissions.

FARKAS, 33, pled guilty to one count of securities fraud conspiracy and one count of wire fraud conspiracy, each of which carries a maximum sentence of five years in prison. The maximum potential sentences in this case are prescribed by Congress and are provided here for informational purposes only, as any sentencing of the defendant will be determined by the judge. FARKAS will be sentenced by U.S. District Judge Lorna G. Schofield on a date to be determined.

Mr. Stewart praised the work of the FBI, and thanked the U.S. Securities and Exchange Commission for its assistance.

This case is being handled by the Office’s Securities and Commodities Fraud Task Force. Assistant United States Attorneys Samson Enzer, Negar Tekeei, and Daniel Loss are in charge of the prosecution.

Outcome: 06/19/2020 355 TRANSCRIPT of Proceedings as to Robert Joseph Farkas re: Plea held on 6/16/2020 before Judge Lorna G. Schofield. Court Reporter/Transcriber: Lisa Smith, (212) 805-0300, Transcript may be viewed at the court public terminal or purchased through the Court Reporter/Transcriber before the deadline for Release of Transcript Restriction. After that date it may be obtained through PACER. Redaction Request due 7/10/2020. Redacted Transcript Deadline set for 7/20/2020. Release of Transcript Restriction set for 9/17/2020. (McGuirk, Kelly) (Entered: 06/19/2020)
06/19/2020 356 NOTICE OF FILING OF OFFICIAL TRANSCRIPT as to Robert Joseph Farkas. Notice is hereby given that an official transcript of a Plea proceeding held on 6/16/2020 has been filed by the court reporter/transcriber in the above-captioned matter. The parties have seven (7) calendar days to file with the court a Notice of Intent to Request Redaction of this transcript. If no such Notice is filed, the transcript may be made remotely electronically available to the public without redaction after 90 calendar days.... (McGuirk, Kelly) (Entered: 06/19/2020)