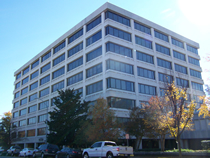 TREYTON LEE THOMAS, age 62, pled guilty to wire fraud, affecting a financial institution, and income tax evasion. In pleading guilty, THOMAS, agreed to pay restitution to all the victims of his fraud scheme and to forfeit more than seven million dollars.

On November 22, 2016, THOMAS was charged in a 21-Count Indictment with wire fraud, bank fraud and money laundering. This Indictment charged THOMAS, who represented himself as a successful Harvard educated investment advisor, with defrauding his father’s used car warranty company, NC&VA Warranty of Roxboro, N.C., several of its customers, his wife, and his father-in-law. THOMAS claimed he was conservatively investing their money in U.S. Treasury Bills. Instead, through an on-line brokerage firm, THOMAS used these funds to conduct risky trades in the commodities and futures market. To conceal this fraud scheme, THOMAS provided these victims and various financial institutions with false information and fabricated bank and brokerage statements. To obtain additional funds, the Indictment charged THOMAS with using the same false information and fabricated statements to defraud financial institutions out of approximately 1.9 million dollars in loan proceeds.

In addition to losing the victims’ money in risky trades, the Indictment charged THOMAS with spending more than 1.6 million dollars to pay personal expenses.

On March 15, 2018, THOMAS was charged in another Indictment with six counts of income tax evasions for the calendar years 2010 2015 and two counts of failing to disclose his interest in and authority over foreign bank accounts. In entering his guilty plea, THOMAS agreed that he concealed his income from the Internal Revenue Service by, among other things, concealing his interest in foreign corporations and using offshore bank accounts to pay his personal expenses.

The applicable total maximum statutory penalty for these crimes is 35 years imprisonment, a $1,100,000 fine, and 3 years supervised release.

Investigation of this case was conducted by the Federal Deposit Insurance Corporation, the Internal Revenue Service Criminal Investigations, and the United States Secret Service.